The stage has been set for an all mighty phablet battle during 2017, with the Galaxy Note 8 set to compete with the iPhone 8 Plus. This is a particularly important year for Samsung following the travails of the Galaxy Note 7, and the Korean company is currently concentrated on ensuring that the next generation device is considerably more stable than its predecessor. Meanwhile, this will also be a landmark year for Apple, as the consumer electronics giant marks the tenth anniversary of the iPhone series.

Before examining what we can expect from the Galaxy Note 8, it is important to emphasize that there is something of a branding issue here. It is not yet known precisely what Apple will call its device releases this year, or even how many iPhone 8 handsets will be released. It is now generally believed that we can expect the Californian corporation to produce three separate handsets during 2017, but how these will ultimately be branded remains to be seen. But for the purpose of this article, the iPhone 8 Plus represents the top of the range iPhone unit, with other possible names for this device being iPhone X, iPhone Edition or just plain old iPhone 8. 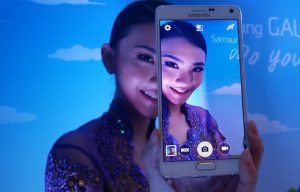 It is believed that the iPhone 8 Plus may feature the largest display of any iPhone release. The device is currently being linked with a 5.8-inch screen, which would be larger than the 5.5-inch display included in the iPhone 7 Plus. it is also probable that Apple will introduce curved screen technology to the iPhone range in 2017, with the iPhone 8 Plus certain to be a recipient of this design parameter.

Samsung must consider how to respond to the iPhone 8 Plus with its display technology, and thus may consider making the Galaxy Note 8 its first ever 4K resolution device. Furthermore, the phablet is expected to feature a large wraparound display, possibly even as large as 6.4 inches. 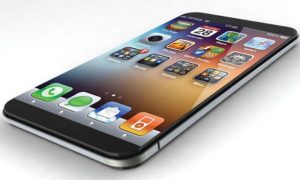 Apple has really set the iPhone aside from other devices in the mobile technology sphere by delivering a huge amount of storage. Considering the edge that the device already has over the Galaxy Note range in this department, it is probable that we will see identical specs in the iPhone 8 Plus to the previous generation. This would mean a maximum integrated storage capacity of 256GB.

Samsung may respond by increasing the storage quantity included in the Galaxy Note 8, but the smart money is on the corporation continuing to enable this to be expanded via micro SD technology. This would mean that the storage included in the premium version of the Galaxy Note 8 would remain at 64GB, but this could be expanded up to 256GB. Apple is not expected to embrace micro SD for the iPhone 8 Plus.

All mobile devices are reliant on RAM memory to a certain extent, and with Apple increasing the screen size in the iPhone 8 Plus it is likely that is the device will also benefit from a memory boost. This would see the iPhone 8 Plus include 4 GB of memory, putting it on a par with the likely specification for the Galaxy S series.

However, Samsung doesn’t have the unique combination of proprietary hardware and software from which Apple benefits, so the Korean company will consider boosting the memory of the Galaxy Note 8 still further. The 4GB included in the Galaxy Note 7 already gave the Samsung device an advantage, but analysts believe that the Galaxy Note 8 will feature 6GB of memory, extending this gap further still.

The iPhone 8 Plus has been linked with a 12-megapixel dual-camera featuring an optical image stabilization system and 4K video recording. All manner of advanced camera technology has been floated for the iPhone 8 Plus previously, including a unique periscope design. However, with Apple set to integrate several new features into the next generation phablet, it is more likely that a slightly more conservative approach will prevail.

This will be the first generation in while in which there is almost no discernible difference in photographic capabilities between the two devices, with Samsung expected to deliver an extremely similar camera quotient for the Galaxy Note 8. Instead of spec differences, software and hardware innovations will define which one of these two devices takes the better photographs.

Apple is expected to include an iris scanner in the iPhone 8 Plus, while wireless charging will also be present for the first time. The Cupertino-based company has also placed a significant emphasis on augmented reality technology, and this could be utilized to provide both security and gaming features.

Samsung has gambled on virtual reality being a significant player in the mobile marketplace, and thus the Galaxy Note 8 is expected to feature significant collaboration and compatibility with its Gear VR headset.

Samsung has been able to deliver devices at more affordable price points in recent generations, and this is likely to continue in 2017. Already the iPhone 8 is being linked with a price tag in excess of $1000 in the United States. It is not yet known whether this will apply to the more affordable versions released by the Californian corporation, or whether this refers to the premium iPhone 8 Plus. But one should certainly expect to pay a four-figure sum for the most advanced handset in this range.

However, Samsung doesn’t have the unique combination of proprietary hardware and software from which Apple benefits, so the Korean company will consider boosting the memory of the Galaxy Note 8 still further. The 4GB included in the Galaxy Note 7 already gave the Samsung device an advantage, but analysts believe that the Galaxy Note 8 will feature 6GB of memory, extending this gap further still.