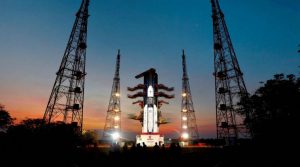 The GSLV Mark III rocket was used for launching a massive communications satellite GSAT-19 into orbit.

The rocket’s main and bigger cryogenic engine has been developed by space scientists here.

The mission’s success enables India to launch four-tonne satellites on its own rocket instead of paying huge amounts of money to foreign space agencies to execute the operation.

According to Indian Space Research Organisation, GSAT-19 with a life span of 10 years is a multi-beam satellite that carries Ka and Ku band forward and return link transponders and geostationary radiation spectrometer. The rocket’s design carrying capacity is four tonnes. The payload will be gradually increased in future flights of the GSLV Mk-III.