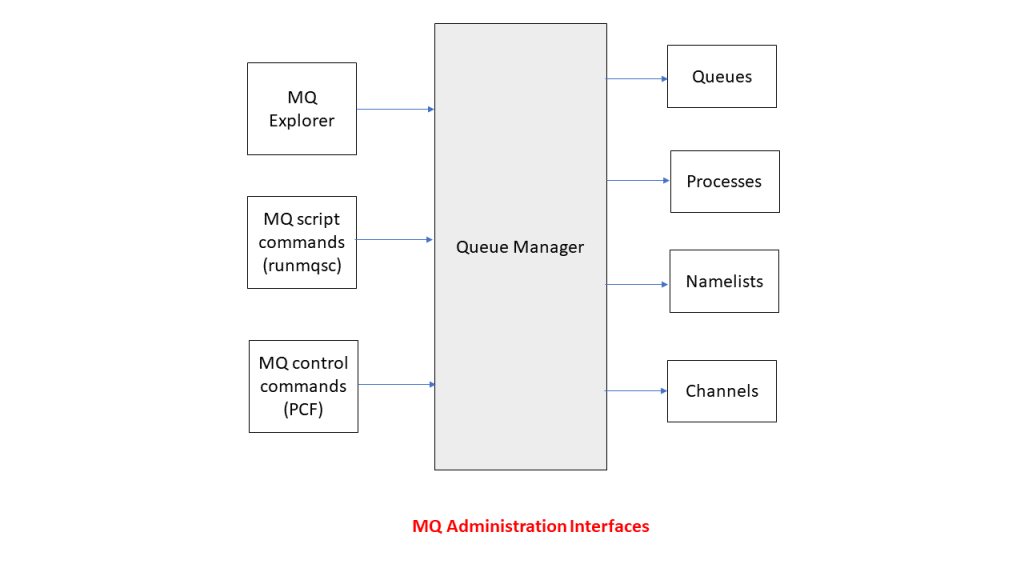 Following are some of the functions of queue managers :

Local Queue : the message is placed directly on the queue

Remote Queue : the queue manager places the message instead on a special queue called a transmission queue.

There are some local queues that have special purposes in IBM MQ:

Event queue
When a queue manager detects an instrumentation event, which is some significant occurrence in a queue manager, such as an error or a warning, it puts an event message describing the event on an event queue.

Default queues
Identify the default values of attributes of any new queue that is created.

An MQ channel is a one way link between two queue managers for the transmission of messages. It consists of a message channel agent (MCA) at the sending end, an MCA at the receiving end, and a communications
protocol between the two.

The channel types could be :

During the definition of a channel at both ends of the communication link, their types should be defined. Generally channels work in combinations such as those listed below : 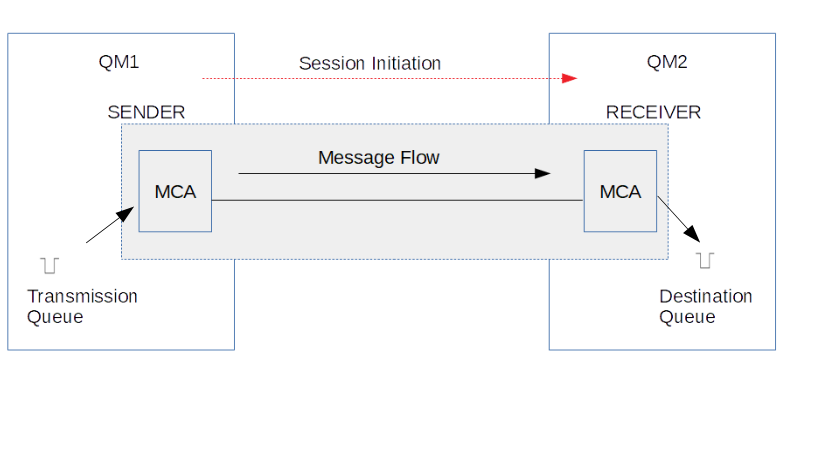 2) Requester – server : A requester starts the channel so that it can receive messages from the other system. The requester requests the server at the other end of the channel to start. The server sends messages to the requester from the transmission queue defined in its channel definition.

3) Requester – Sender: The requester starts the channel and the sender terminates the call. The sender then restarts the communication according to information in its channel definition (callback). It sends messages from
the transmission queue to the requester.

4) Server – Receiver : This is similar to sender-receiver but applies only to fully qualified servers. Channel startup must be initiated at the server end of the link.

5) Clntconn – svrconn : This combination is reserved for use only in the MQI client environment. The client initiates the connection when the MQCONN is issued. Data flows in both directions. The connection is terminated when the MQDISC is issued.

6) Cluster Sender – Cluster Receiver : This is similar to a Sender – Receiver channel functionality but works within the MQ cluster environment.