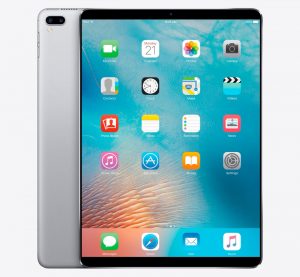 Apple will be releasing a new 12.9-inch iPad Pro device soon in addition to the recently released 10.5-inch model. Both models have been improved from the older versions of iPad Pro in few key areas, such as the bigger display, powerful processor, better cameras, support for the Apple pencil and keyboard interface. This makes it appealing to the iPad fans.

However, both devices are expensive. The iPad Pro 10.5-inch model starts at $649 for a 64GB of storage. The cost of 12.9-inch model with 64GB will be $799. In addition to that, the Apple Pencil and the keyboard also will add more dollars to the final cost.

The bezels of the 10.5-inch tablet have been shrunken to give more display space. Both devices have a TrueTone display which automatically adjusts to the brightness of the surroundings. Also the screen refresh rate changes, from 24Hz to 48Hz to 120Hz, according to the content being viewed. Apple’s marketing term for this dynamic refresh rate is “ProMotion”. The ProMotion display technology is powered by its own core within the iPad’s CPU, due to which we are told that the Apple Pencil now has lower latency (~ 20 milliseconds).

The new iPad Pros have a newer version of mobile processor, A10x Fusion chip and is said to be 30 percent faster than its predecessor, A10 chip, which powers the iPhone 7. The rear camera of both new iPad Pro models have been upgraded to be the same as that of iPhone 7. This makes the cameras of both tablets to have optical image stabilization.

However, the OS is still iOS 10.3 which has its own limitations. We can expect that, when iOS 11 is released and the operating system gets upgraded, then these new iPad Pro tablets will effectively make use of their powerful hardware.