Chinese researchers have already demonstrated, during June 2017, that their satellite ‘Micius’ could send entangled quantum particles to far-flung locations on Earth. Entangled particles have their properties remaining intertwined despite being separated by more than 1,200 kilometers. Recently, researchers have used the same satellite to teleport particles’ properties and transmit quantum encryption keys. These two results mark the first time the two techniques have been demonstrated in space and have been reported in two papers published at arXiv.org. 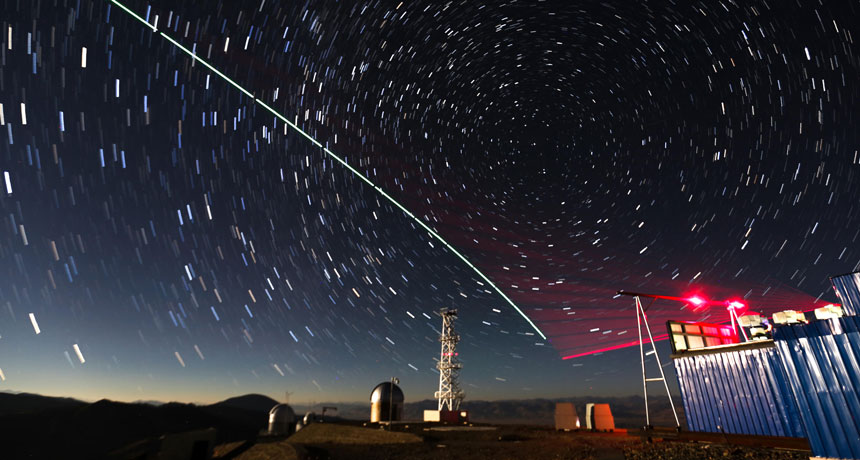 How Does Teleportation Work

In a nutshell, teleportation is transmitting the state of a thing rather than sending the thing itself. Some scientists give the example of a fax machine – it sends information about the marks on a piece of paper rather than the paper itself. The receiving fax machine gets the information and applies it to raw material in the form of paper that is already there. This is just an analogy. In reality, teleportation relies on a phenomenon known as quantum entanglement. However, we need to bear in mind that, this is not about a teleportation in the Star Trek sense, where matter gets transferred instantly.

The phenomenon of Quantum Entanglement arises when two particles are created at the same time and place and so effectively have the same existence. This entanglement continues even when the photons are then separated. It means that if one of the photons changes, the other photon in the other location changes too. However, It has been impossible to create a long-distance link between two entangled particles because an entangled photon can only travel about 150km down a fibre-optic channel before becoming absorbed. The satellite link has the potential for a long distance based quantum entanglement  because photons can travel more easily through space, but it has been difficult to transmit them through the earth’s atmosphere, because varying atmospheric conditions can deviate the particles.

The Chinese researchers have also demonstrated  quantum key distribution.  Quantum key distribution is a method of creating a secret string of random numbers that can be used to encrypt communications. The Chinese researchers beamed photons from the satellite ‘Micius’ to Earth over distances of up to 1,200 kilometers. Using the photons’ polarization, the orientation of their electromagnetic waves, they were able to transmit a string of random numbers with utmost security.

Quantum communication via satellite can reach greater distances than land-based transmission, because in space, particles don’t get absorbed by the atmosphere. The new results pave the way for a global quantum internet that would provide for ultrasecure communications and allow quantum computers to work together.