Samsung Galaxy Note 8 is far from launch, but, thanks to leaks, we’ve already come to know quite a lot about the upcoming flagship. The latest one comes from Weibo user Ice Universe, who has quoted Korean media to disclose specifications of Galaxy Note 8. According to the user, Samsung Galaxy Note 8 will feature a 6.3-inch 2K Super AMOLED curved display, and 18:5:9 aspect ratio. The smartphone will be powered by Snapdragon 835 processor along with 6GB RAM. 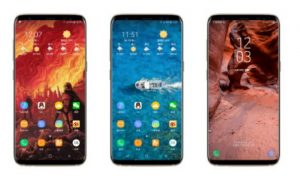 Samsung Galaxy Note 8 will sport dual rear cameras (12MP+12MP) with optical image stabilisation (OIS). It will come with support for S – Pen and DeX as well. The battery is said to be 3,300mAh, which is slightly smaller than 3,500mAh in Galaxy S8+. Further, Galaxy Note 8 is expected to be available in Black, Blue, and Gold colour options. Of course, the information need to be taken with a pinch of salt given there’s no official confirmation.

Samsung Galaxy Note 8 is rumored to feature the same design language as Galaxy S8, with a few cosmetic changes. The dual rear cameras will be stacked horizontally. Flash along with heart rate sensor are said to be present to the right of rear camera lens. Galaxy Note 8 might the company’s most expensive smartphone. The phone could cost 999 euro.