Intel has officially released the new core i9 (Skylake-X) and Kaby Lake-X processors earlier this week as part of its Core-X family. Processors range from the “lowly” $242 Core i5-7640X to the monster Core i9-7980XE, which is priced at $1,999. 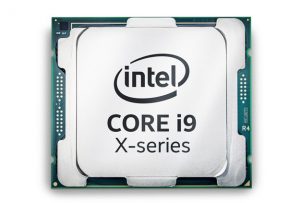 The core i9 series provides huge performance gains, with Intel claiming up to 10 percent faster multi-threaded and 15 percent single-thread performance over its predecessor. The least expensive model in the Core i9 family is Core i9-7900X costs  $999. What users get return in a 10-core processor with Hyper Threading support and 13.75MB of L3 cache.

The Core i9-7900X has a base clock of 3.3GHz, Turbo Boost 2.0 clock of 4.3GHz and Turbo Boost Max 3.0 clock of 4.5GHz. It has been reported that the Core i9-7900X has already been overclocked to 5.7GHz. Desktops and DIY kits with Intel’s new X299 motherboard chipset will be available right away, so there’s will be no delay on building your own Core i9 based systems. A new liquid cooling system, called TS13X has been developed to keep these 140-watt TDP chips under control.