Linux Kernel 4.10, code-named Anniversary Edition, has been released by Linux Torvalds. This supports new hardware and also comes with many new features. 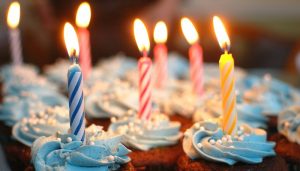 The most significant improvement is the support for virtual GPU such as Intel GVT-g for KVM (KVMGT), which is a full GPU virtualization solution with mediated pass-through. As per Kernelnewbies, “The capability of running native graphics driver inside a VM, without hypervisor intervention in performance critical paths, achieves a good balance among performance, feature, and sharing capability.”

The Linux kernel supports many filesystems. With this release, support for some of these filesystems, including ext4,F2FS, XFS, OverlayFS, NFS,CIFS, UBIFS, BeFS and LogFS, has improved.

Also there is improved support for ARM-powered devices with this release. Announcing the release, Torvalds wrote : “On the whole, 4.10 didn’t end up as small as it initially looked. After the huge release that was 4.9, I expected things to be pretty quiet, but it ended up very much a fairly average release by modern kernel standards. So we have about 13000 commits (not counting merges – that would be another 1200+ commits if you count those).”