Looks like LG is gearing up to launch its new flagship product in the market soon. 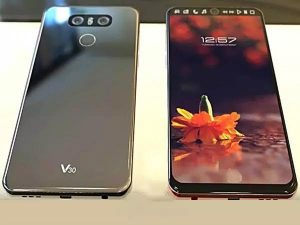 According to a recent report, LG will reportedly launch its upcoming V30 at IFA 2017 in Berlin. The report further notes that the company will be holding an event one day before the main IFA event, on August 31 to officially announce the device. Besides, the IFA will be starting on 1st September and it will go on till 6th of September.

Interestingly, the report also states that LG will put the device up for pre-order in South Korea after the launch. Further, the publication notes that LG V30 will retail for 800,000 KRW (around $700 and approx Rs. 45,220) and it will officially go on sale in September. And if everything happens as per the report, the new smartphone will also most probably be launched in other markets globally after a month or so. The company did the same with the V20.

However, assuming this report to be true, LG will be adding the third smartphone in the V series. If launched, LG V30 will join the likes of V10 and V20 which were launched in 2015 and 2016 respectively.

Meanwhile, LG might be planning to counter the launch of Samsung’s Galaxy Note 8 as it did with the Galaxy S8. It seems the two companies have a stiff competition.

Coming back to the smartphone, information about the V30 has already been leaked on several occasions and it has been said LG V30 will arrive with a display that is similar to the LG G6, Snapdragon 835 SoC processor, 6GB RAM and Android 8.0 out of the box.