Tumblr is making significant additions to its content filtering features. The platform has added a brand new ‘Safe Mode’ for browsing content on its site. The new tool allows you to keep unwanted content away from the Tumblr Dashboard as well. 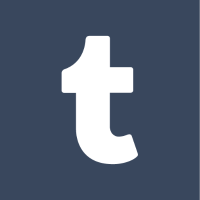 Tumblr is a microblogging and social networking website founded by David Karp in 2007, and owned by Oath Inc. The service allows users to post multimedia and other content to a short-form blog. Tumblr is noted by technology journalists as having a sizable amount of pornographic content. As of July 20, 2013, policy updates enacted by Tumblr mean that pages classified as “NSFW” (not safe for work) will not feature in tag pages for users who are not logged in or who have the “Safe Mode” activated.

Tumblr Dashboard is one of the primary ways that users interact with the site. It is the place where you get updates from all the blogs you follow on the platform. However, sometimes you may come across disturbing content. But now you can enable Safe Mode and Tumblr will automatically ensure that you are being kept away from the sensitive content. Effectively, it’s the combination of a Dashboard filter and Tumblr’s existing “Safe Mode”.

It’s worth noting that Tumblr is not censoring sensitive content. Safe Mode is an opt-in setting and the content isn’t even being removed from Tumblr Dashboard – just screened so that you can control if or when it is revealed.

As far as the user experience goes, when you encounter a sensitive post with Safe Mode enabled, a new overlay will appear that reads: “This post may contain sensitive media. Safe mode is on.” Users over 18 can click through to see the content if they choose.

In addition, Tumblr says it will begin to hide explicit blogs from search results on the web, for any logged-out users or those under 18- a move which could impact its web traffic and visitor count.

The all new Safe Mode is available on both web and mobile starting today.