Microsoft today released a new Windows 10 preview for PCs with Edge, shell, notification, input, gaming, Task Manager, and Hyper-V improvements. This is the sixth build of the upcoming Windows 10 Fall Creators Update, which is slated to arrive later this year (likely in September). 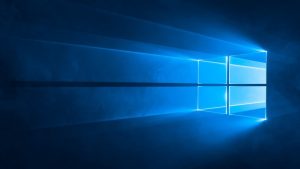 Windows 10 is a service, meaning it was built in a very different way from its predecessors so it can be regularly updated with not just fixes, but new features, too. Microsoft has released many such updates, including three major ones: November Update, Anniversary Update, and Creators Update.

First up, Edge can now read aloud any webpage and PDF with word and line highlighting. The Share UI now matches the Edge theme if it is different from the rest of the system and launches under the Share button (rather than in the center of the browser). There’s also a new animation when you add a favorite and a bunch of small bug fixes.

Next, the Windows Shell has been updated to squash a really annoying bug for those that have a high DPI display and change the display scaling value. You no longer have to log out and back in to fix blurry desktop apps after docking, undocking, and remoting. Windows now provides DPI-related information to these applications such that each time one of them starts, they’ll get updated data from the operating system. Simply re-launching is enough to render them correctly if they’re blurry. 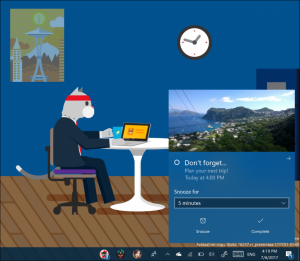 The emoji panel now supports type to search for emoji 5.0, plus a bunch more keywords. Also, if you hover your mouse over any of the emoji in the Emoji Panel, you’ll now see the exact Unicode character name. The touch keyboard is now more accurate (particularly for one-handed use), makes a sound with each key press (like the old one), and is better at learning your typing style (meaning better text predictions the more you type and correct).

The smallest update is probably the new Game Mode icon on the Game bar. We’re not even sure why it was changed. 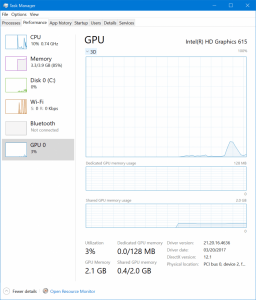 The GPU performance tracker in Task Manager has received an updated UI layout and more details like DirectX version and the physical location of your GPU. Only hardware GPUs show up in the list, and the software-only basic display adapter is hidden. 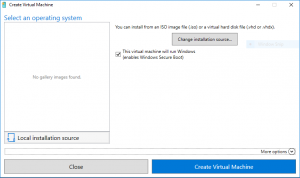 Lastly, Hyper-V users will see a new “virtual machine gallery” under quick create, but this is just a placeholder. Choosing “Local installation source” will allow you to pick an image from your computer and the options for VM Name and networking went are now in the “More options” section. Best of all, Hyper-V on Windows 10 now provides a default network so your virtual machines share networking with your computer using NAT.

This desktop build includes the following bug fixes and improvements:

This build has seven known issues, so make sure to check those before updating.