In this post, let us take a look at some of the top upcoming smartphones of 2019. 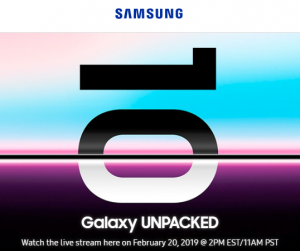 In Feb 2019, we are going to see the official announcement of the Samsung Galaxy S10. Now, from the leaks in the media so far, it looks like there might be three main versions of the S10. It seems like there could be three models to start with:  a regular S10, an S10+ and an S10E. All of them could have with minimal bezels. The S10E and the S10 may be with a single front-facing camera and the S10+ with two front-facing cameras.

The S10E is rumored to be the more affordable option, with a flat display and two rear-facing cameras. The S10 and S10+ are going to have curved displays with three rear-facing cameras. In addition to that, it’s been rumored to have ultrasonic in-display fingerprint sensors, which are going to be more advanced, more accurate, and more secure compared to the optical solutions that we have currently. Also it looks like S10+ may have up to 12 gigabytes of RAM with one terabyte of storage.

There may also be a special S10 version with support for 5G after few months.  The UNPACKED event is scheduled for Feb 20th of 2019.

Samsung also has a foldable phone, which is coming later this year. Last year, in the Samsung Developer Conference, they teased the prototype, which had two displays, one at the front, and then an inner display which actually folds out to give you a larger display in a compact form factor. Other manufacturers also have implementations of foldable and flexible screens. There is one from Royole FlexPai, and another interesting one from Xiaomi with two folds.

The OnePlus 7 is likely to be coming around May to June time. 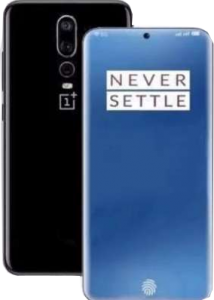 Although OnePlus is no longer considered a budget brand, they are still very competitively priced compared to other flagship devices.  There was a leaked image of what appears to be the prototype of the OnePlus 7. There is one with a waterdrop notch and smaller bezels compared to what we have seen on the 6T. Also there is one which has pretty much no bezels on the top and the sides. This is supposedly going to be a slider like we’ve got on the Xiaomi Mi MIX 3. Small bezels do seem to be the trend in this year, and if OnePlus do go with this pretty much bezel-less design, then most probably, it is going to create a lot of interest.

It might have topmost specs, such as the Snapdragon 855 processor, and lots of RAM. There might be a special edition of the OnePlus 7 supporting 5G. We can hope that this device comes with features such as stereo speakers and wireless charging.

Probably, during the latter half of the year, around September, we might be officially hearing about the new iPhones. They’re likely to be called the iPhone 11s, but we’re still not sure, and we have seen some early leaks.

These early leaks of prototypes and cannot be fully relied on. Some of them look a little bit weird, but we do see triple rear-facing cameras, at least for the Plus version.  In terms of the front of the device, it looks like it still will be having a notch, according to early sources, although the bezels might be slightly smaller.

We might be hearing about the Huawei P30 Pro very soon. Huawei Mate 30 Pro is going to have the latest 990 Kirin processor from Huawei. The early pattern from Huawei actually shows a case with an even bigger cutout for the rear-facing camera, which could imply that there might be four or even five cameras on the Mate 30 Pro? That is still a bit of a question mark. As the battery life of the Huawei Mate 20 Pro is pretty good, we can assume that its  going to be improved more on the Mate 30 Pro.  Also probably they’re going to get rid of the notch. As we’ve seen on the Honor View 20, Huawei already has the technology for an excellent front-facing camera, we can expect that for the Mate 30 also.